JJ Adams - Board Game Of Thrones 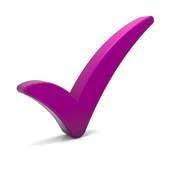 Please select specialist delivery on this piece at the checkout as it is framed and has glass. Thank you

"Boardgame of Thrones".There are just tons of hidden references in this piece inspired by epic moments that happened in the series. I'm just a huge fan and I finished this piece a week before the final season episode, so the knife at little fingers throat..was a very lucky guess

Supplied in the artist frame as always

Two years in the making

Here's a list of just some of the hidden elements within the artwork. A Game of Thrones themed artwork for the fans....by a fan!